The 2018 annual meeting of the American Educational Research Association (AERA) was held in New York.

For the second year in a row, a two-day, all-day pre-conference session on Soka studies in education was held on April 12 and 13. Titled, Soka Studies in the Possibilities and Necessities of Non-Western, International, and Comparative Curriculum Inquiry, this year’s session was facilitated by Jason Goulah (DePaul University) and Namrata Sharma (SUNY Oswego) and was attended by over 20 participants, including faculty, master’s and doctorate students, and guest representatives from Soka Gakkai, SGI-USA, and Ikeda Center for Peace, Learning and Dialogue. After the facilitators shared the use of key terms within Ikeda/Soka studies in education, attendees engaged in extensive dialogue about the primary and secondary literature on the educational philosophies and practices of Tsunesaburo Makiguchi, Josei Toda, and Daisaku Ikeda. The second day of the session was aimed at assisting participating master’s and doctoral students formulate their own research agenda. 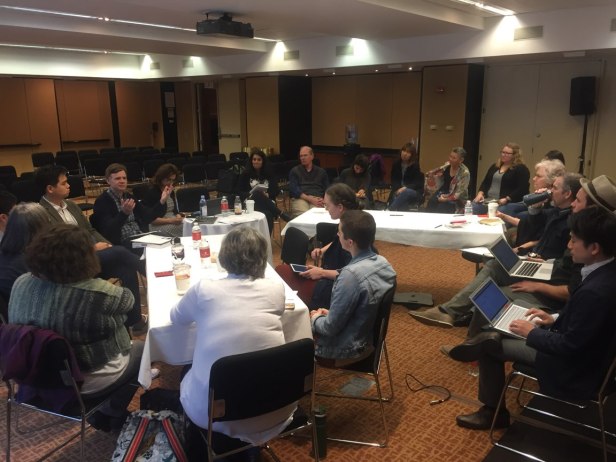 Alankrita Chhikara, a PhD student at Purdue University, shared the following impression of the pre-conference session: “The pre-conference seminar was a great opportunity to meet like-minded Soka/ Ikeda scholars committed to naming, defining and bounding what Soka means. I got valuable feedback on my dissertation topic and feel grateful for the support I received from the participants during the seminar. Most of all, I enjoyed hearing about the academic journeys of the new and established scholars at the seminar.” “The workshop was especially meaningful because it complemented my studies as a Master’s student in DePaul’s Value-Creating Education for Global Citizenship program,” stated Melanie Reiser. She continued, “I left the workshop with deepened relationships with others who, like myself, are engaged in theoretical and empirical research on value-creating education; and a broader sense of hope in the possibilities for this field.” Alexandra Cruz, an EdD student at DePaul University, echoed, “The ideas and questions of those who attended were truly inspiring, thought-provoking, and created within me a sense of hope and urgency within the current state of education. Truly incredible!”

At the annual AERA meeting, Jason Goulah, Director of the Institute for Daisaku Ikeda Studies in Education and Director of Value-Creating Education for Global Citizenship, Bilingual-Bicultural Education, and World Languages Education programs at DePaul University, was awarded the DeGarmo Award in recognition for his exemplary scholarship, which focuses on Ikeda/Soka studies in education. Invited by the Society of Professors of Education, Goulah gave the 2018 DeGarmo Lecture titled, Language Education into the Anthropocene: Possibilities and Perspectives from Soka Humanism at the Posthumanist Turn. In it he explored the role of Soka humanism (at the posthumanist turn) in conceptualizing problems confronting the planet and humanity, and which we should consider in language and culture education. 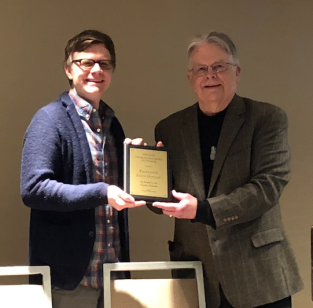 In addition, the annual AERA meeting also featured the following presentations on Soka studies in education:

One thought on “AERA 2018 Conference Report”